It is 12:48 pm, and I have just cleaned up from lunch, changed a diaper, negotiated how many books will be read before naptime, read aloud a book about truck noises, sang “The Wheels on the Bus,” and tucked in my two-year-old for a nap. I immediately pull out my drawing and start work again. My mind must switch gears quickly, and sometimes it lags behind. And at any given moment around an hour or so later, it will have to snap back when he wakes up. That one hour is important. That one hour becomes 7 hours in a week, which is the avenue to a complete drawing. Hours upon hours. 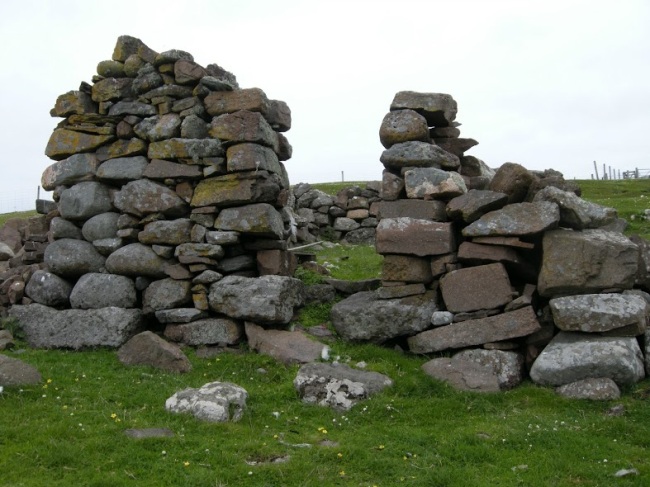 When I was in Orkney in Scotland in 2008, I was captivated by the stone structures all over the island, some built as long ago as 3,000 BC. Everything the people built was from stones: walls, houses, settlements, monuments. One by one, they built their ancient settlements by finding and stacking stones. You see the parts, and you see the whole. Stones upon stones. 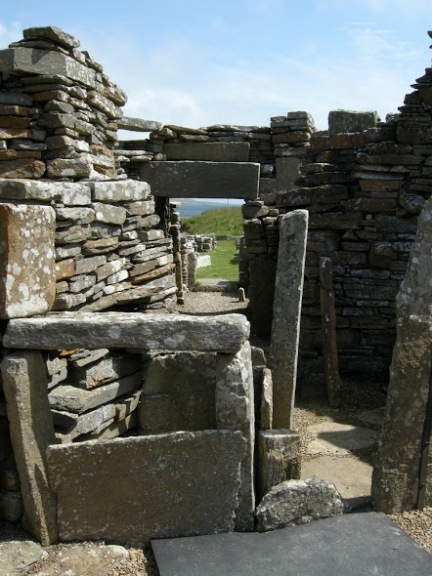 The efforts of faithfully accumulating and arranging become a lasting monument to your people and your life, for the tourists and the historians and the descendants to look upon. How else could it have been accomplished if not by steadily putting one stone on top of another?

(Sean Scully, folks. Another painting I’m glad to have seen.)